You are here: Home » News » How much do you know about monkeypox virus?

How much do you know about monkeypox virus?

Monkeypox is a virus commonly found in forested parts of Central and West Africa. According to CNN, the initial symptoms of monkeypox infection are often flu-like, such as fever, chills, fatigue, headache and muscle weakness, which can develop into a widespread rash on the face and body. Currently, monkeypox is spreading in Europe and North America, with sporadic cases in South Korea, Argentina and Australia. 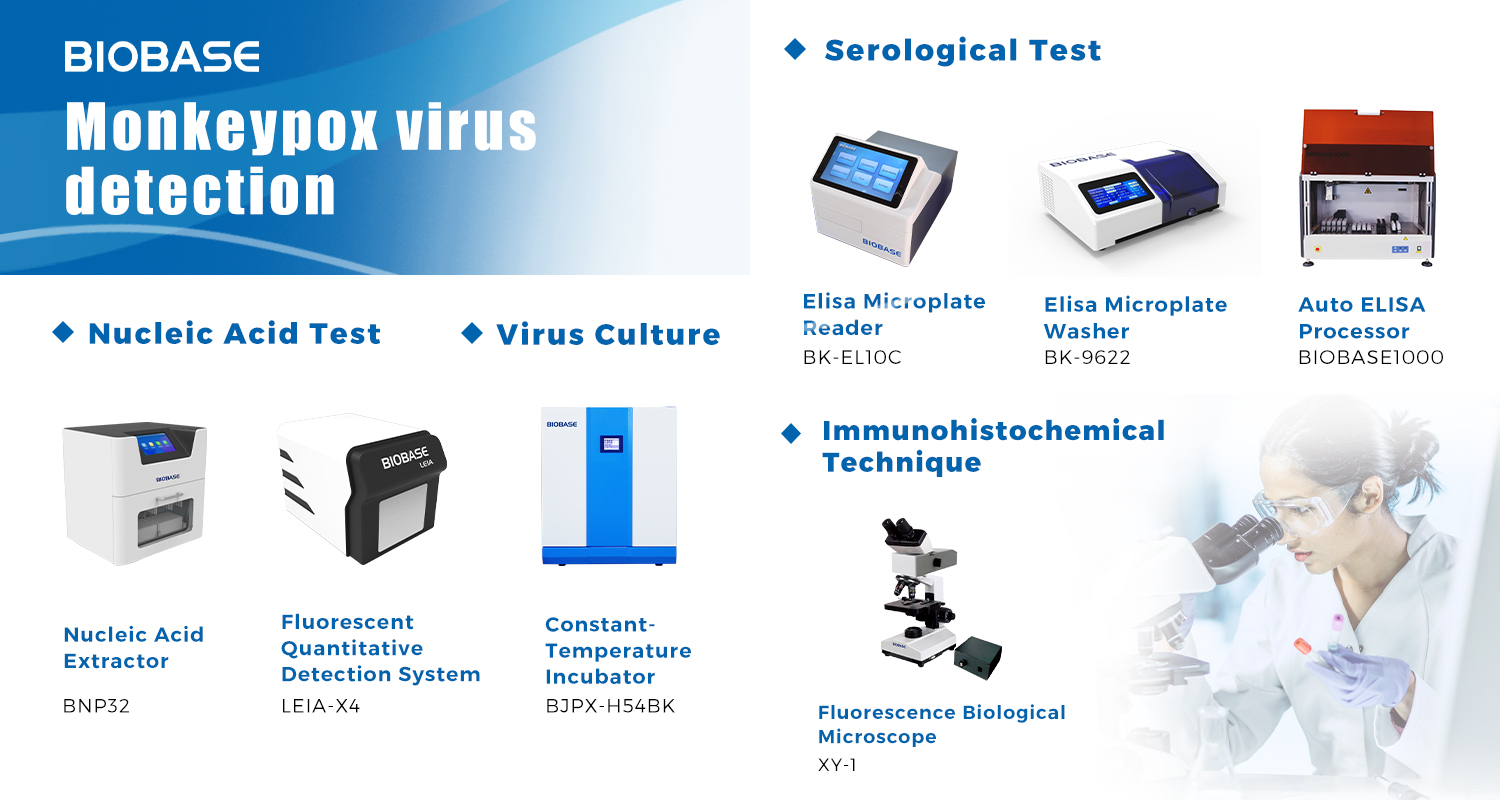 In response to the harm caused by the spread of the monkeypox virus, BIOBASE Group screened out monkeypox-related medical equipments as quickly as possible, provided corresponding solutions for monkeypox detection, and contributed to global public health.